Please come for informative Panels from our church, city government and local colleges …. Learn about the local food action plan and the role of pantries in addressing food security…

See if there’s a place for you in our Partnership with The Ohio State University’s Initiative for Food and AgriCultural Transformation (InFACT). InFACT is supporting the formation of a network of 100 low-income households to increase food security and revenue by helping Ohio State reach its goal of purchasing 40% of its $39M annual food from local and sustainable sources by 2025. [email protected] has room for 20 families...Come learn more about this exciting opportunity! 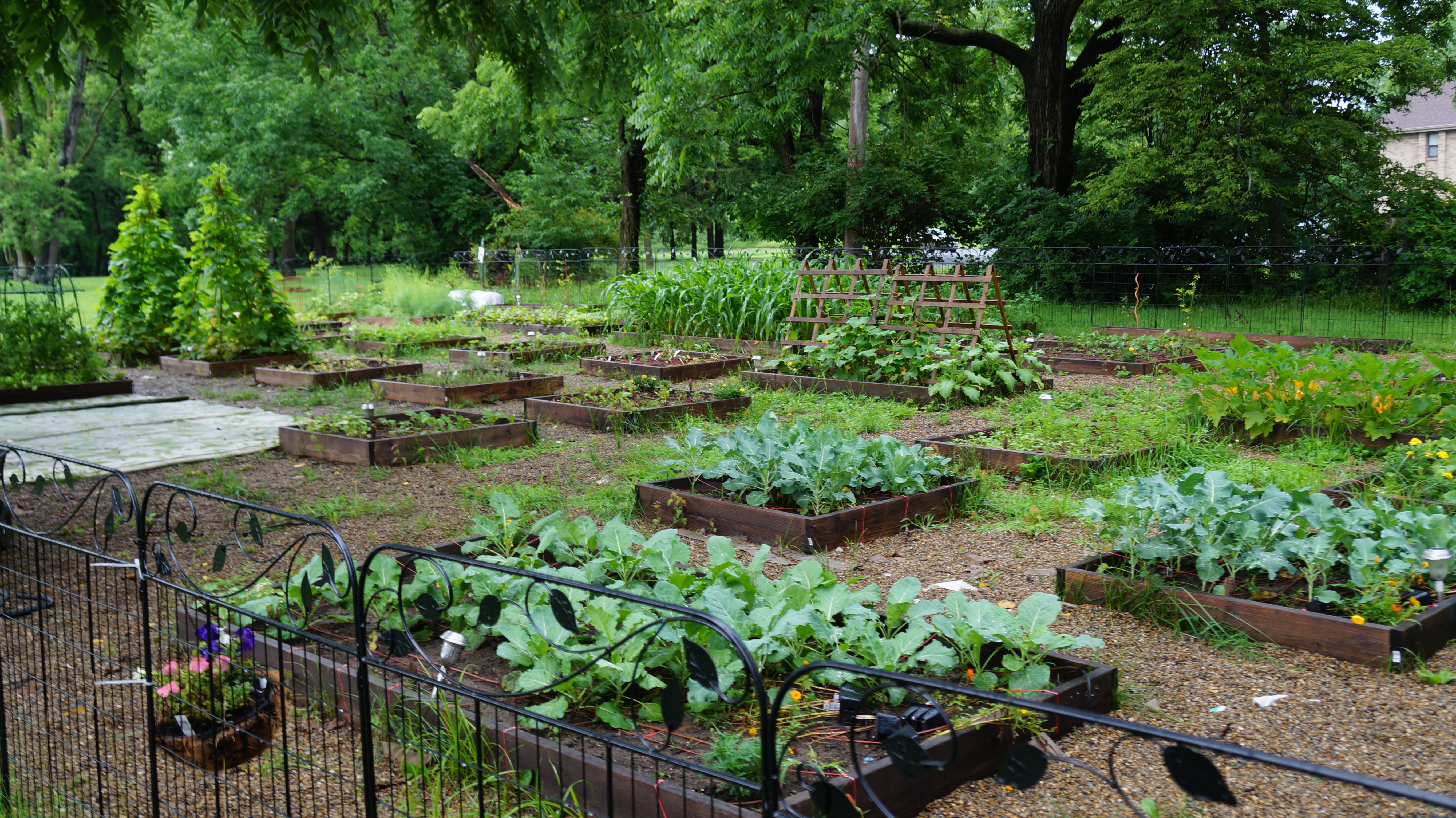 We have several convenient options to suit your generosity! You generous gift is tax deductible and processed securely via PayPal.

Extremely Helpful!
$??
Give any amount!

About the Garden: The Charles Madison Nabrit Memorial Garden

Telos Training, Inc.’s biggest project to date is The Charles Madison Nabrit Memorial Garden, which opened May, 2014. Here’s some history on the project. I was married for 36 years, 8 months and 22 days to Charles Madison Nabrit, “CMadison”, an incredibly bizarre guy who whizzed through Dartmouth College in three years, graduated with honors and a bunch of varsity letters and always knew he wanted a particular kind of life. It was no surprise that he directed the homeschooling adventure of “his little darlings” until Charles and Damon went to Princeton and Evan went off to Amherst. He also directed all marketing and sales for PN&A, Inc. The man was a force of nature! Sadly, despite a heavily organic diet and weekly sessions with a personal trainer CMadison died May 20, 2013 from diabetic complications. As he instructed, his entire body was donated to The Ohio State University College of Medicine, Division of Anatomy.

May 20, 2014 was the 1st anniversary of his death. Yes, we were still very sad and a piece of our hearts indeed went with him, but his sons and I wanted to commemorate his remarkable life and the lessons we learned rather than dwell on our loss. After a great deal of thought and prayerful consideration we decided to create The Charles Madison Nabrit Memorial Garden, a sustainable, life affirming environment as the perfect, living example of his commitment to holistic (spiritual, intellectual and physical) health and well-being. And the garden is one more way to fight urban food deserts and create greater access to affordable whole, live, organic food. Here’s what we’ve planted at The Charles Madison Nabrit Memorial Garden:

CMadison’s sons, Charles, Damon and Evan Nabrit, and nephews, David, Samuel, Joseph and Benjamin Penn, built the 38+ raised beds from 700 feet of untreated lumber, lined the beds with cardboard for organic weed control and then filled each of those beds with 8” of the 20 tons of organic soil we bought. Using the square foot gardening method to maximize our yield, we marked off the beds and then planted 3,000 seeds-by hand and 100+live plants and bulbs. Our sons then designed and installed an above ground drip irrigation system and helped the rest of us line the 4 ft walkways between the beds with cardboard which we covered with 20 tons of pea gravel. The garden is finished with 2 large composters, rain barrels, solar path lighting and perimeter fencing.

The garden sits in a formerly fallow field behind the Church of Christ of the Apostolic Faith, home of a 105+ year old congregation. Many of the congregants are 4th and 5th generation descendents of the original members and many more are descendents of participants of the great migration. The Charles Madison Nabrit Memorial Garden taps into that cultural legacy of gardening, cultivation, knowledge and care of the environment. The garden also abuts a recreation center and a charter school so multi-generational learning happens in the garden and in community classes. During the harvest season we hold a weekly Farmer’s Market & Bake Sale where we sell all our organic goodness for $1.00lb.

In 2015 we plan to expand the garden with a large (16’x 12’) Greenhouse to use for seed starting, extending our growing season and to aid in the collection and conservation of rain water. We also plan to install a large cedar Pergola (12’x28’). We’ll use the Pergola as a functional entrance to the garden with espalier trained Rainier Cherry Trees and hybrid Apple Trees along the sides. Across the top we’ll grow White Concord Seedless, Red Niagara and Black Reliance Seedless Grapes. Along the front beams of the pergola we’ll grow Kiwi Vines.

We’re excited to add more fruit in 2015 for our weekly, onsite Farmer’s Market. We’ve already attended webinars on apple tree cultivars hosted by The Ohio State University Extension Center, gardening courses funded by Scotts MiracleGro and hosted by Franklin Park Conservatory Growing to Green program and had an onsite meeting with Jonathan Moody, a brilliant, young, black architect in his father’s architectural firm of Moody and Associates, for siting advice for the greenhouse and pergola.

In terms of personal commitment, I’ve transferred all rights to each of my books to Telos Training, Inc. so the proceeds, including those from the most popular, Morning by Morning: How We Home-Schooled Our African-American Sons to the Ivy League, Random House @2003 and 2012’s The Power of a Virtuous Woman, can be used to help fund all the classes, conferences and work of Telos Training, Inc.